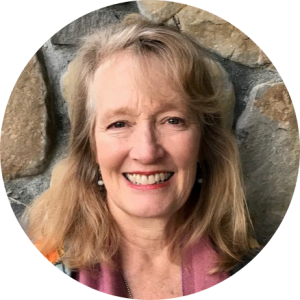 Mary Jo Healy has been passionate about movement education since her early years as a competitive athlete. After completing a BA in Dance from CSULB she toured internationally as a professional dancer with The Magic of David Copperfield. Subsequently she was certified in Pilates and completed a 4 year training to become a Feldenkrais Practitioner. She enjoyed a private practice in LA as well as teaching performing artists at UCLA and Long Beach City Jr. College. She moved to Ojai to marry and raise a family of two boys and returned to academia teaching dance and PE at Oak Grove and San Antonio Schools. She co-founded Awareness in Action Pilates studio and followed her own journey in the healing arts studying yoga and becoming certified in Yoga Therapy. Currently Mary Jo maintains a private practice of over 20 years here in Ojai based on the Feldenkrais Method of Functional Integration and teaches several community classes.